A Look Back at the Mindray Moments in 2016

As 2016 is drawing to an end, there’s no shortage of reflections, whether in social media or in broadcast, to recall the people and events that stood out. After all, what better way to bring in a fresh 2017 than by commemorating the people and moments that have made a difference in 2016?

For Mindray, 2016 bears special significance as it marks the company's 25th anniversary. Looking back, we see a global company with unwavering commitments to markets worldwide, a true business friend reaching forward with local partners and talents, a solution provider advancing new technologies, and delivering hight quality products to meet the healthcare challenges on many fronts. Here, we remember some of the best moments and achievements we have over the past year.


C Christmas with the "Heart"

The Christmas air is always brimming with love and joy, a sentiment ever more strongly felt by the kids at the 115 public hospitals across Poland during the blessed season. 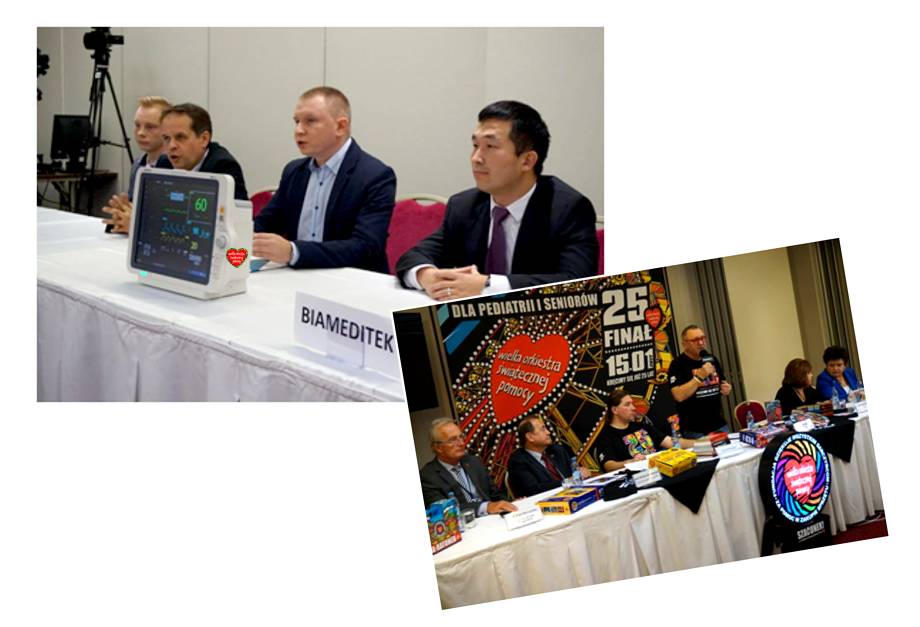 In the Christmas season of 2016, joining hands with the Great Orchestra of Christmas Charity (GOCC), the biggest, non-profit, charity organization in Poland with a long history of dedication to children’s healthcare, Mindray provided over one hundred patient monitors to the Departments of Pediatrics in Poland’s 115 public hospitals. All the devices were wearing GOCC’s signature heart-shaped tags, a symbol of the organization’s commitment to spread love and care which is shared by Mindray, an industry pioneer with the mission to bring healthcare within reach.

On Nov. 18th, 2016, a medical unit was standing by on the main landing field in China's Inner Mongolia, ready to welcome and provide check-ups for the two Chinese astronauts after they were back to earth from a 30-day space mission – the longest ever in history – in the Shenzhou XI manned spacecraft. 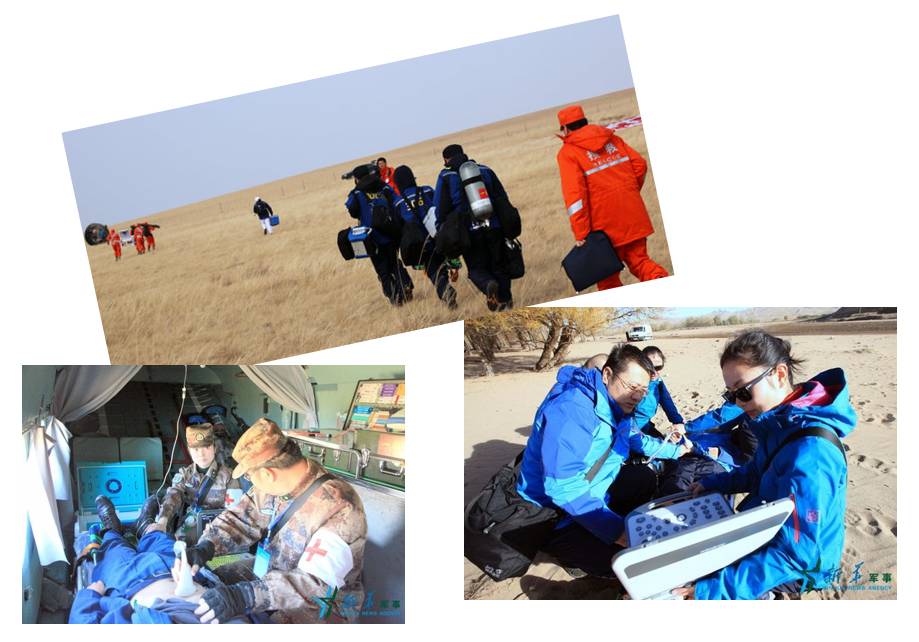 Mindray M7 Hand-carried Ultrasound System had the honour to be part of the special medical unit. With compact size, agile flexibility, and stable performance for field service under extreme circumstances, M7 assisted the medical personnel to ensure the astronauts' safety and health upon their return home.

While fans around the world were cheering the Euro 2016 football tournament held in France, Mindray also had exciting news to share from the host country. Its first CAL 8000 210 Cellular Analysis Line entered Blois Hospital, a renowned public medical facility located in the capital city of Loir-et-Cher province in central France. Blois Hospital becomes one of the largest public hospitals furnished with the high end cellular analysis workstation in France and in Europe. 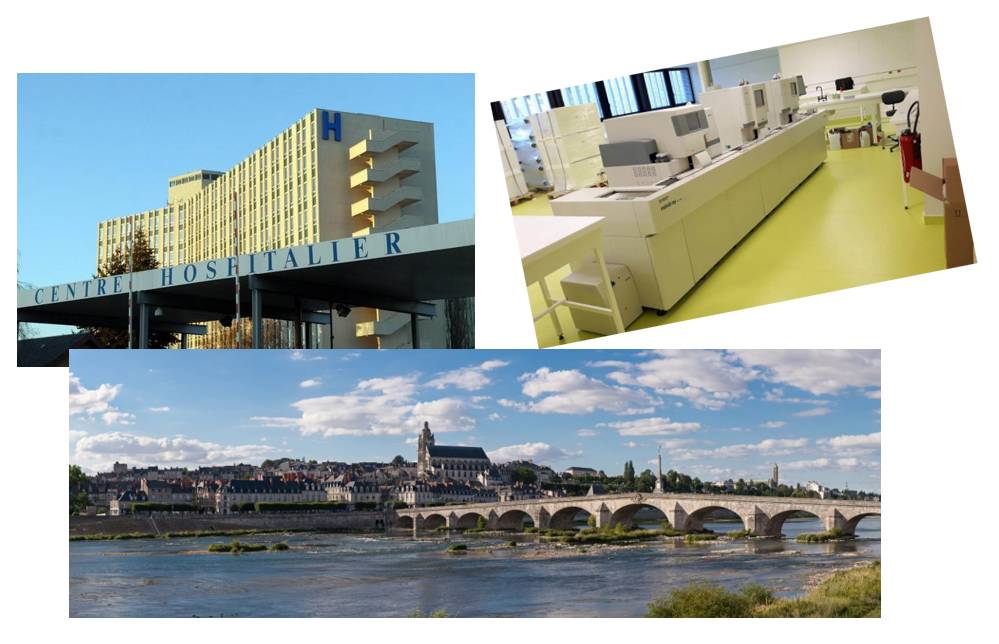 The success again attests to the unstoppable momentum of Mindray CAL 8000 in marching towards a higher level of the European hematology segment, as well as Mindray's strategy to expand its presence in Europe and other advanced markets.


In 2016, the Centre Hospitalier Universitaire (CHU) de Toulouse welcomed the arrival of the new additions to its ICU and ER – Mindray BeneVision N22 Patient Monitors, which would render professional services to the caregivers with their easy operation and supreme performance. 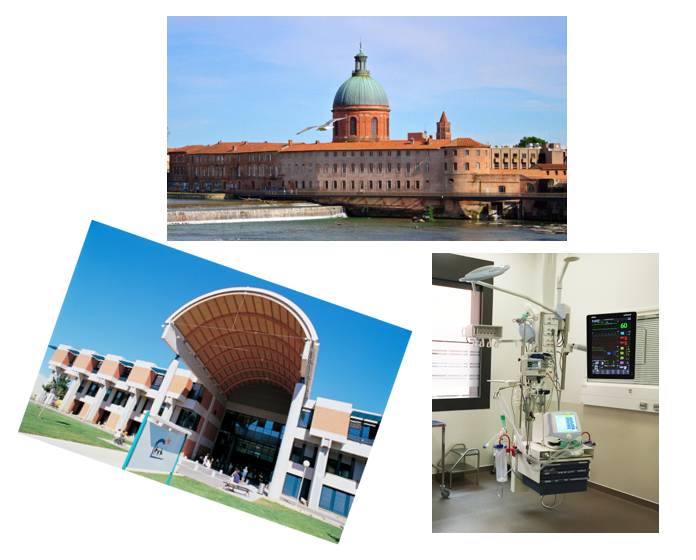 "These patient monitors are very intuitive and easy to use," commented the Chief Nurses of CHU’s Medical ICU on the system's impressive accessibility. “They help us to monitor our patients a lot easier as their vital signs are recorded and we'll have everything under control.”

The top-notch teaching hospital is expecting to enlist the help of more of Mindray's high end patient monitors to better safeguard the lives of their patients.

In April 2016, the World Health Organization accredited Mindray as its direct medical equipment supplier, bringing propitious business opportunities to Mindray as China's only medical device manufacturer approved by the WHO so far. Its first direct order to Mindray was in early 2016 for Iraq, covering a broad spectrum of solutions in Anesthesia, Patient Monitoring and Surgical Products. 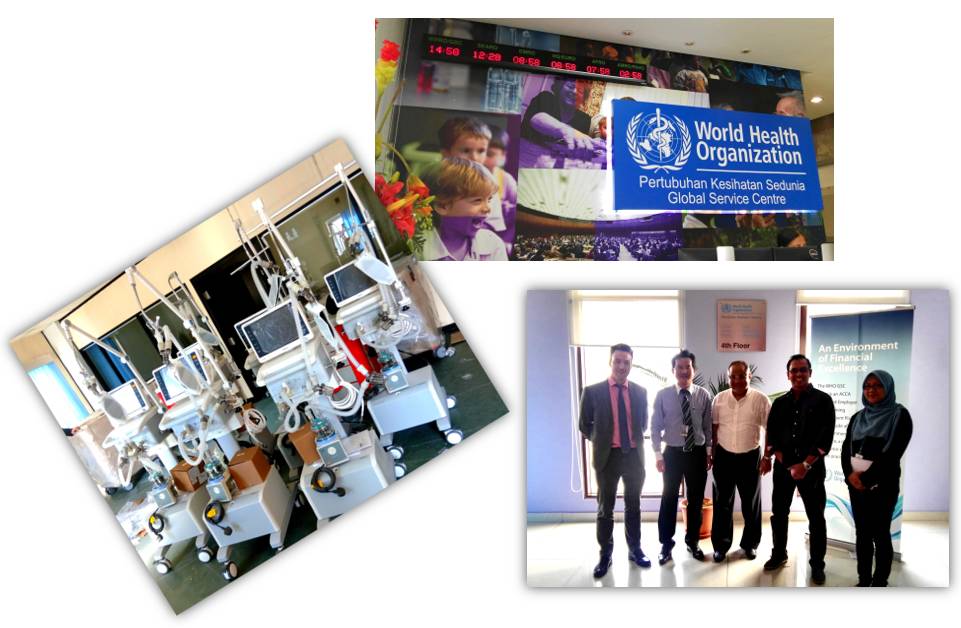 The strategic significance of the order lies far beyond its sales value, and much more in the new business model it brings. With the qualification, Mindray will involve directly in the various WHO mandates worldwide.

Nov. 27th, 2016 saw the grand kick-off of the RSNA in Chicago, a professional platform gathering top clinicians as well as healthcare professionals and key opinion leaders in the field of ultrasound. At the congress, Mindray Resona 7 Ultrasound System was unveiled to a large audience, marking the premium system's official launch in North America. With exceptionally excellent image quality powered by the most revolutionary ZONE Sonography® Technology Plus platform, the Red Dot Award-winning Resona 7 earned the kudos of medical professionals from around the world, marking a significant breakthrough of China’s ultrasound technologies in the global market.

What can you achieve in twenty days? Nothing, or everything. For Mindray European team, they pulled off a mission impossible in the Italian public healthcare market. 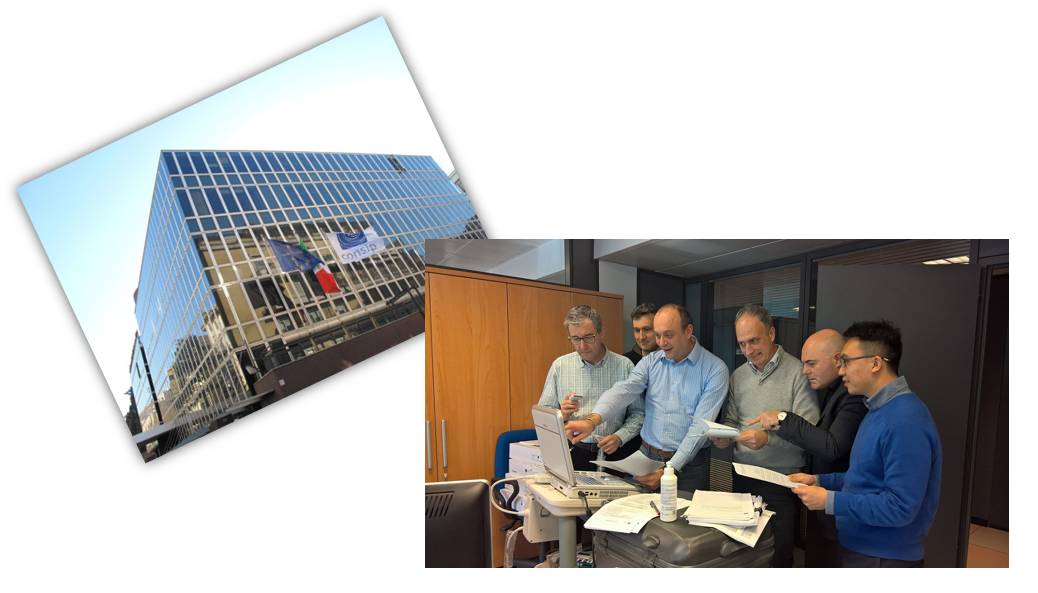 On the very first day of Chinese New Year 2016, Consip S.p.A., held by the Italian Ministry of Economy and Finance (MEF) and covering almost all the hospitals in the country, informed the Mindray bidding team that they had entered the final round for its two major ultrasound tenders involving a vast array of mid-to-high end colour Doppler ultrasound systems. A project of this scale requires tremendous amount of time and resources and normally takes months to prepare, but they were given only less than twenty days. With admirably concerted and strong-willed efforts from European Marketing and Sales team and all relevant departments, Mindray made it and nailed the tender, breaking the long-existing monopoly in Italian public healthcare market.

2016 has seen not a few breakthroughs for Mindray, in the operation of its laboratory hematology business in particular. Earlier this year, Mindray’s high end Automated Cellular Analysis Line CAL 8000 made its way into Thailand’s most prestigious King Chulalongkorn Memorial Hospital, after triumphing over a once-deemed-unbeatable industry titan in a major tender. 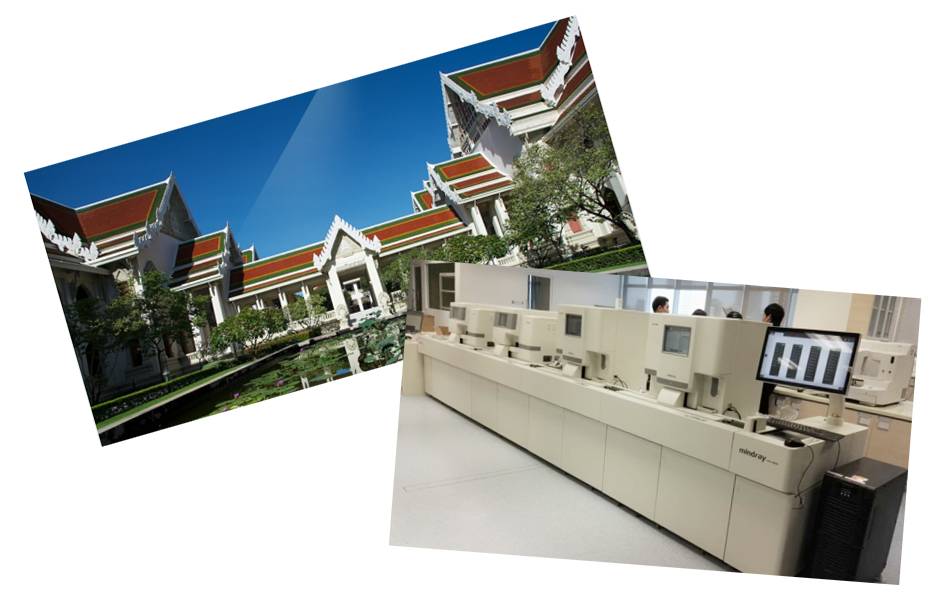 
T The Most Healing Journeys

2016 has been a year of significance for not only Mindray, but also Dr. Philippe Jeanty, MD and PHD with over 35 years of dedication in the field of fetal ultrasound. 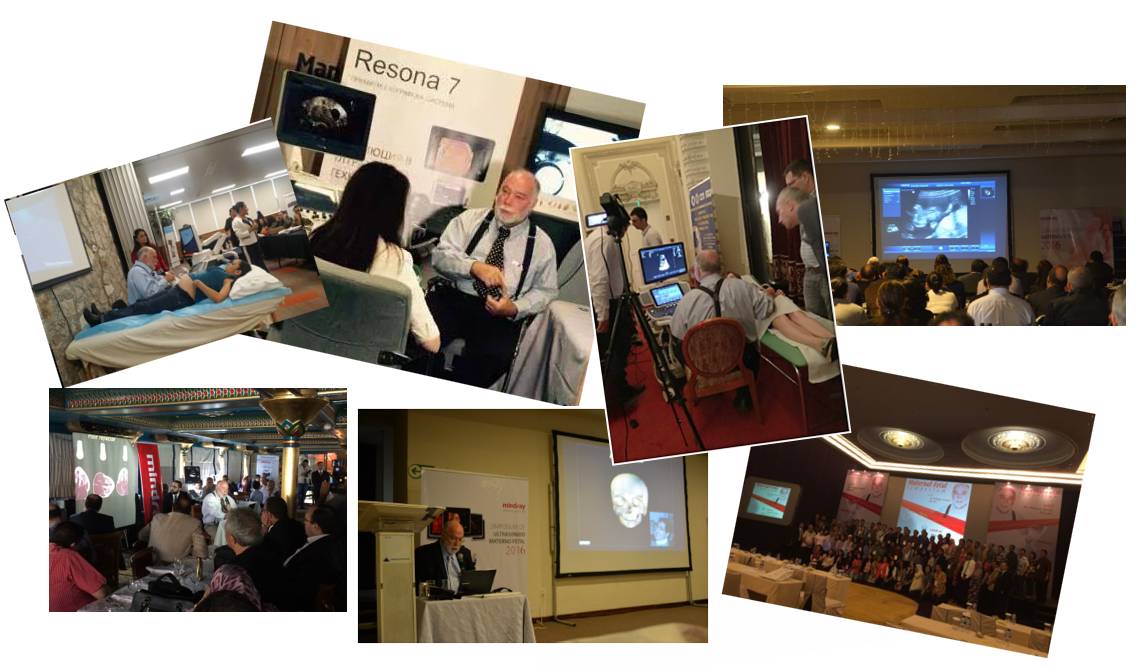 A true friend to Mindray, Dr. Jeanty shares the same belief with the company that medical professionals and technologies can make a huge difference in people's lives. For four consecutive years, Dr. Jeanty has been on educational road tours for a number of influential Maternal – Fetal Symposiums organized by Mindray. Previously held across Africa, Asia, Latin America and Eastern Europe, Mindray symposiums offered Dr. Jeanty platforms to bring his knowledge to the places where basic skills in ultrasound are in great need but inaccessible by lack of recourses.

Oct. 26th, 2016 was a day out of the ordinary for Hotel Marriott Doha, as it witnessed a grand partnership signing ceremony between Mindray and Avanzcare, a major healthcare company owned by Qatar's legendary Forbes 1000-listed entrepreneur, H.E. Sheikh Faisal Bin Qassim Al Thani. 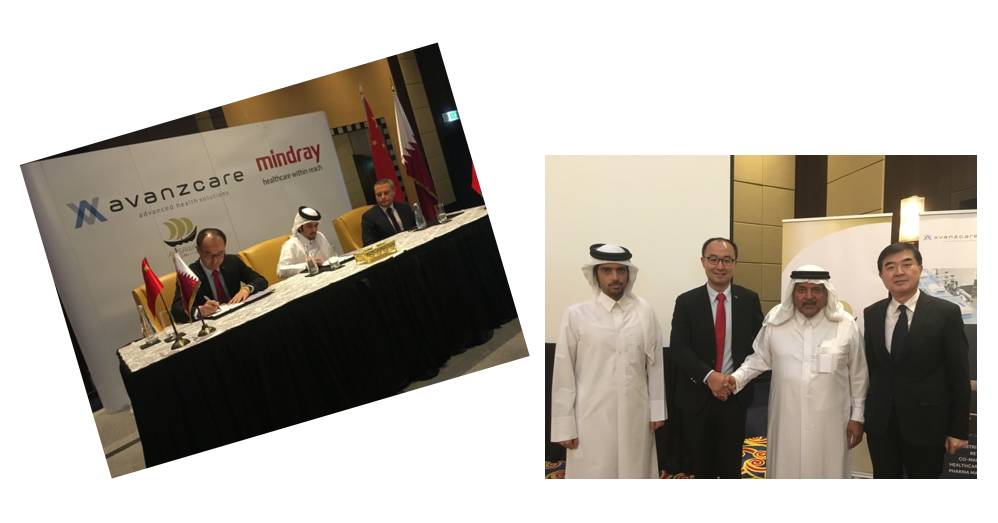 Under the strategic agreement, Mindray will provide its high quality solutions for hospitals and clinics across Qatar, bettering the standard of healthcare in the country and enhancing its people’s accessibility to affordable, quality medical services.

In 2016, we have witnessed so many significant moments and achievements at Mindray, which can not all be listed here. Bidding farewell to the past year, we envision a more hopeful 2017 where Mindray is ready to reach further together with our partners and friends, and continue to make the best healthcare solutions accessible to all humanity.