Malaria is a life-threatening disease caused by plasmodium. In 2019, nearly half of the world’s population were at risk from malaria. There were 229 million new infections and 409,000 people died. Most cases and deaths occurred in sub-Saharan Africa.[1] 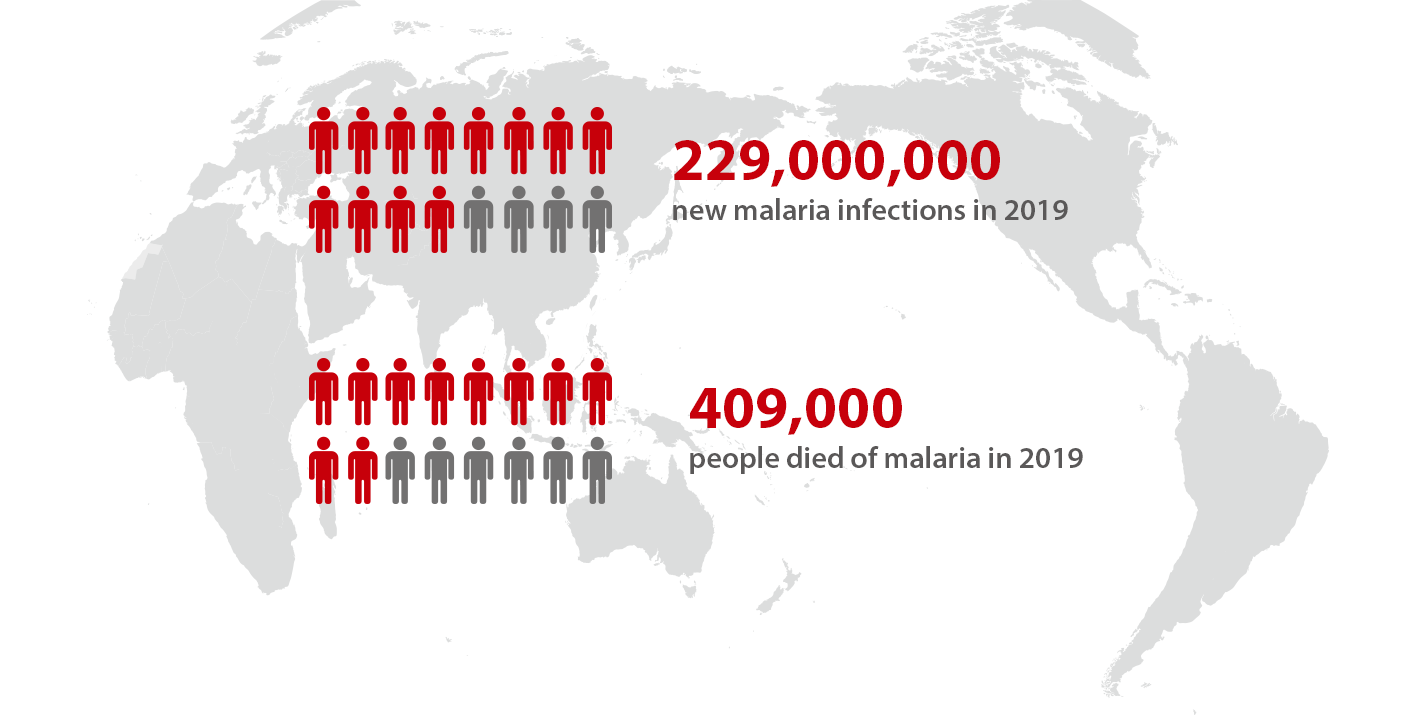 Figure 1. Number of new infections and deaths from malaria

One or more indigenous cases

Figure 2. Countries with indigenous cases in 2000 and their status by 2018

All cases of suspected malaria should be confirmed with light microscopy or rapid diagnostic test (RDT).

Subjective: the accuracy of diagnosis is dependent on the competence of the microscopist.

Time-consuming: the microscopist must examine at least 100 fields for malaria diagnosis.

Hard to ensure the quality of the slides due to the variation in microscopic examination, quality of stain and smear.

RDT is an immune-chromatographic test for detecting parasite specific antigens in blood. The test result is readily available and less dependent on skilled personnel. Its disadvantages include:

The different characteristics of these antigens may affect their applicability to be used in different situations.

Lack of information about parasite load.

The heterogeneous quality of commercially available products and the existence of lot-to-lot variation.

The technical upgrades of automated hematology analyzers have made them very intelligent. In Mindray BC-6800Plus differentiating (DIFF) channel, RBC and WBC sub-populations are differentiated according to their sizes and complexity (Figure 3). 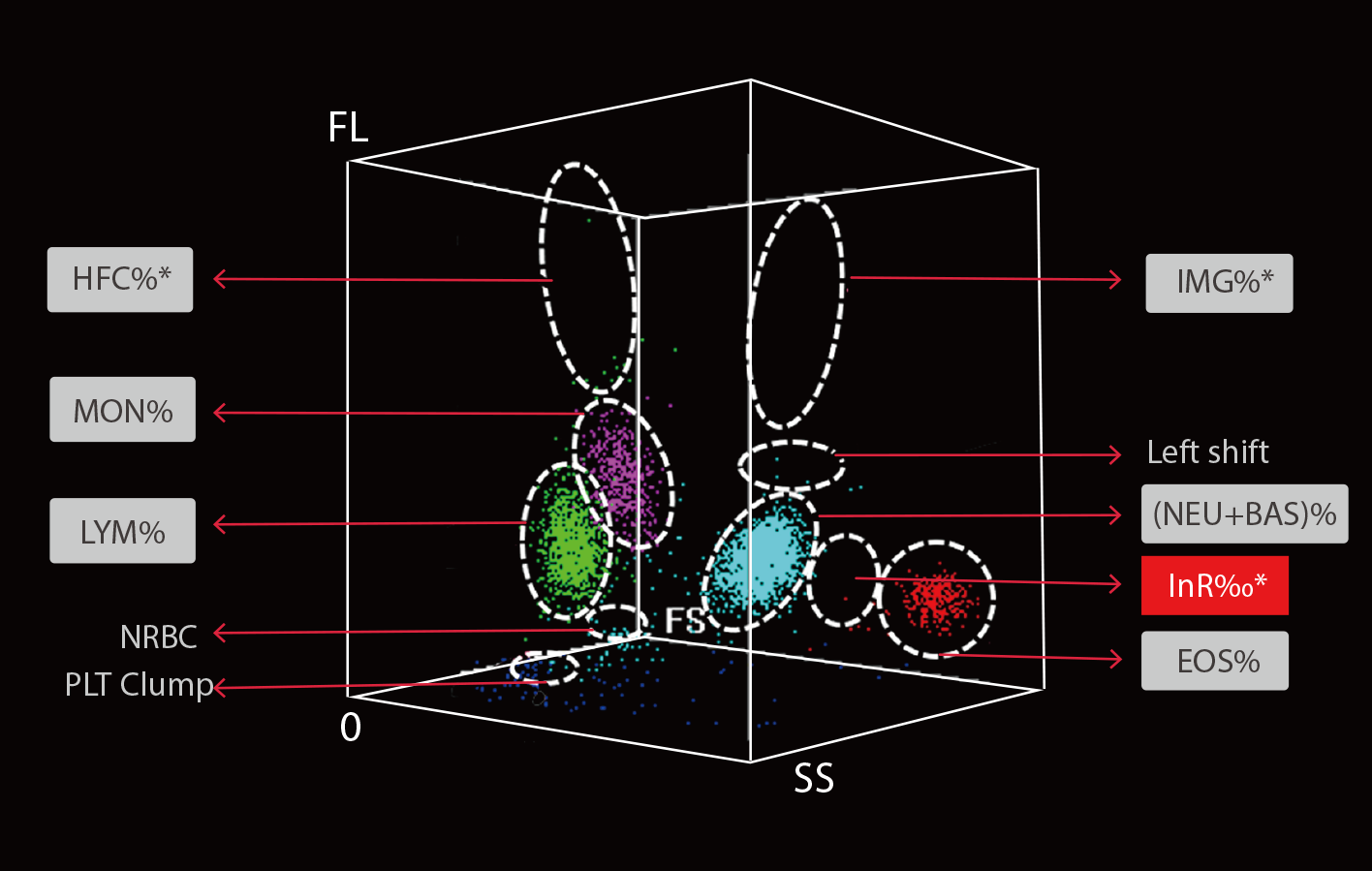 BC-6800Plus provides a dedicated InR flag and the number of InR (InR#) /the permillage of InR (InR‰) that is incorporated into complete blood count (CBC) as a screening tool for malaria (Figure 4).

Figure 4. The parameters InR#/ InR‰ provided by BC-6800Plus
Note: the yellow scatters are just for highlight

Effectiveness of BC-6800Plus for malaria screening

A study of 30,077 malaria cases was carried out where thick and thin smear examination was done by experienced microscopists and CBC was analyzed on Mindray BC- 6800Plus Hematology Analyzer. 285 cases were found to be positive for P. vivax malaria by smear examination. The study[2] found that sensitivity of 99.65% and NPV (Negative Predictive Value) of nearly 100% for InR flag for P. vivax, then BC-6800Plus can serve as an excellent screening tool especially for P. vivax malaria.

In most cases of P. vivax, InR# was comparable to microscopy grade. Sometimes a large number of early ring forms lead to lower InR# than microscopy (Figure 6). Table 1:Statistical comparisons of some important parameters amongst different groups.

InR# was comparable with Delta WBC (WBC count from DIFF channel minus WBC count from WNB channel). InR# in some cases are significantly high but delta WBC are low. In these cases, InR cell affected the classification of WBC. False total WBC count was found by observing the correlation between Delta WBC and InR# (Figure 7). 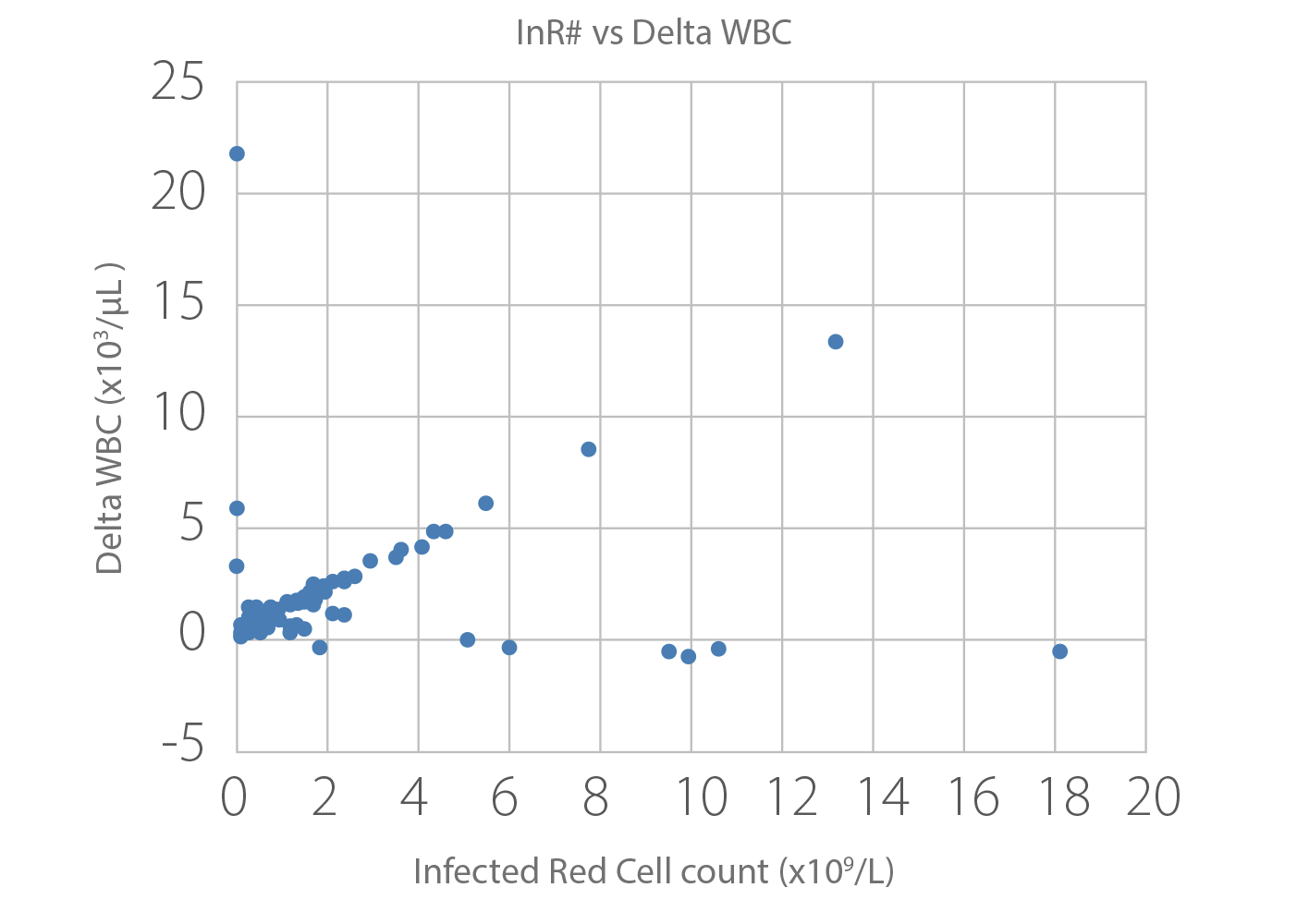 The InR flag and parameters InR#/ InR‰ provided by BC-6800Plus can be used as an indicator for malaria screening. When the score for a certain type of abnormal blood cell morphology exceeds the set threshold, the analyzer reports the flag accordingly. The higher the threshold value is set, the lower the alarm sensitivity. You may set up the appropriate flag alarm threshold values on BC-6800Plus for malaria screening in clinical practice.