David Yin, Mindray International General Manager, met with David Cameron at the reception. Yin described his meeting that, “The Prime Minster was glad to learn about the rapid growth of Mindray in the UK in terms of the employee base, office expansion and the contributions Mindray technologies have made in improving efficiency and generated cost savings to the UK NHS service. He also expressed his encouragement and expectations for future business growth for Mindray in the UK.”

During the speech delivered at the reception, David Cameron further shared his experience of his 2013 business delegation trip to China and praised the Chinese community for their contributions to Britain. He spoke about the openness of the British economy to Chinese investment and advocated further steps to cement the British-Chinese relationship through economic and cultural links. Lastly, he wished all the guests at the reception a happy Chinese new year. 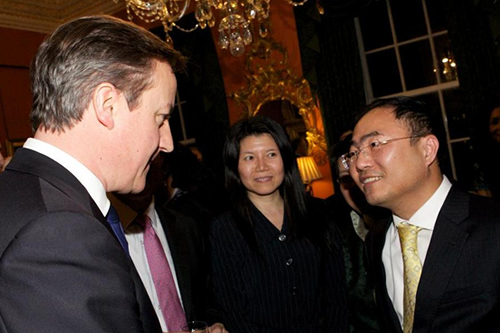