This summer's hottest sports event is happening in France! Contested every four years, the UEFA European Championship is the world's 2nd most watched football event after the FIFA World Cup. Starting today in France, 24 teams will fight for the Henri Delaunay Cup, bringing new possibilities and dimensions for EURO 2016! 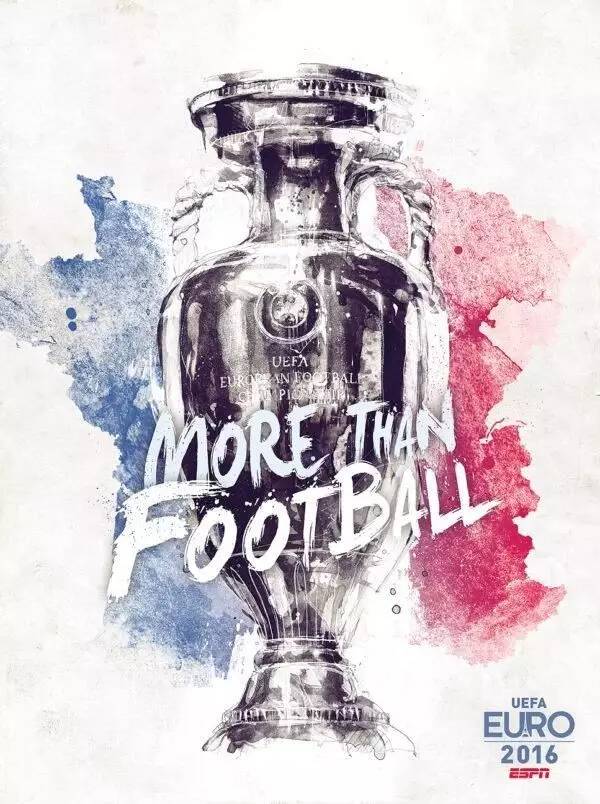 We can make a case for the potential winners and impressive qualifiers, and there are always more that fascinate us. Inspired by the passion for football, let’s scoop deeper about the top contenders of Euro 2016: the team, the legacy, the stars, and other interesting facts!

France | taking glory into the future!

France played a key role in the founding of the UEFA European Championship. It was the brainchild of a Frenchman, Henri Delaunay, UEFA's first general. The opening final round was held in France in 1960.

The 2016 tournament will be the third time that a EURO finals has been staged on French soil. With a team of well-acknowledged star players and young prodigies, Team France is definitely one of the leading contenders! 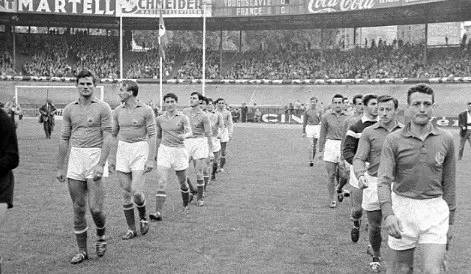 France’s glory goes beyond its football legacy. The culture, the history, everything about France evokes fascination. In Toulouse, one of the host cities of EURO 2016, stands the hospital with the longest history in the world – CHU de Toulouse. 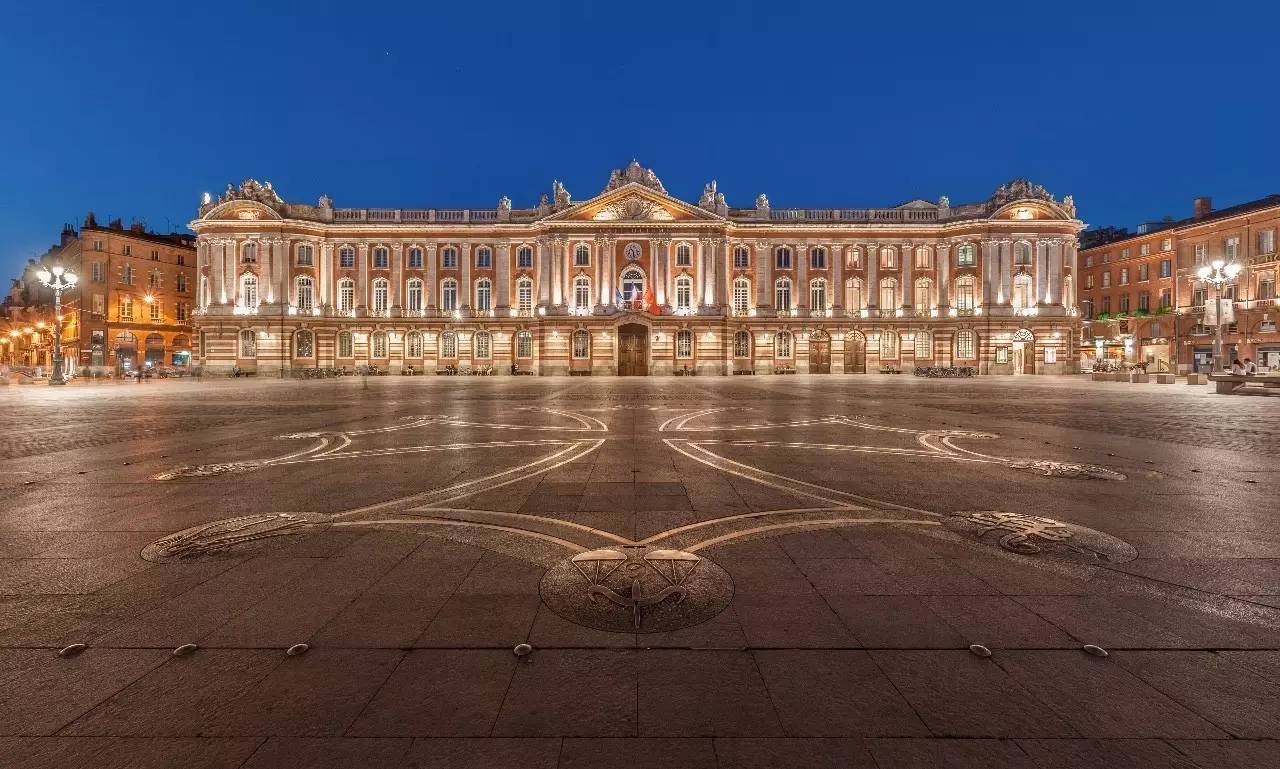 Founded in 1229, the University of Toulouse is one of Europe’s oldest universities. As its affiliated and teaching hospital, CHU de Toulouse ranks tops among France’s medical institutions both in academics and clinical performance. 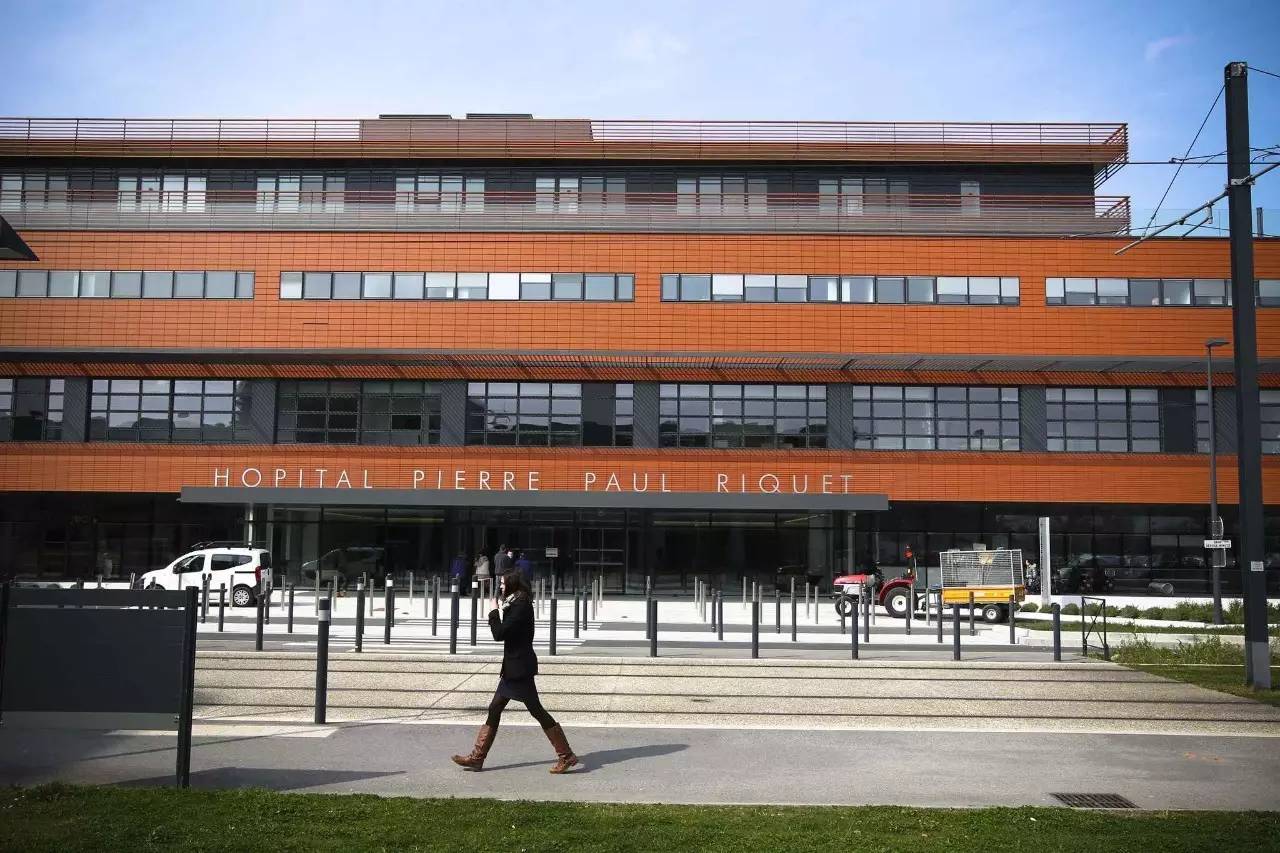 The hospital embraces its history as well as the most cutting edge medical technologies to ensure its supreme status in the medical community. One of the novel equipment CHU de Toulouse has is BeneVision N22, the world’s first rotatable bedside patient monitor and Mindray’s latest innovation in patient monitoring for high-acuity emergency and critical care. 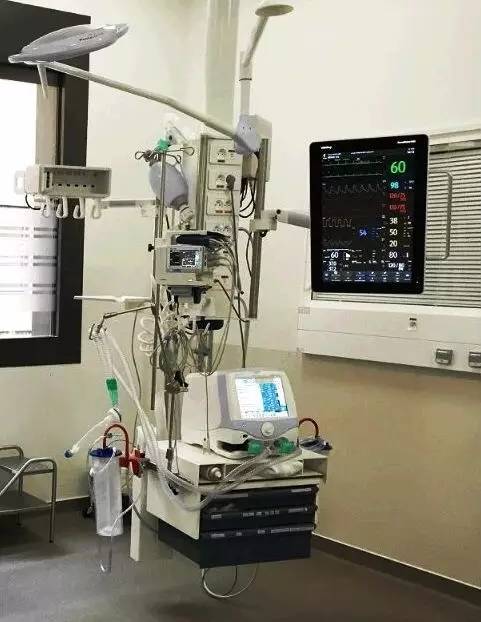 By optimizing user experience and the integration of cross-department information flow, BeneVision N22 provides caregivers with better streamlined operation experience and information management, creating a more simplified and paperless future for the hospital. 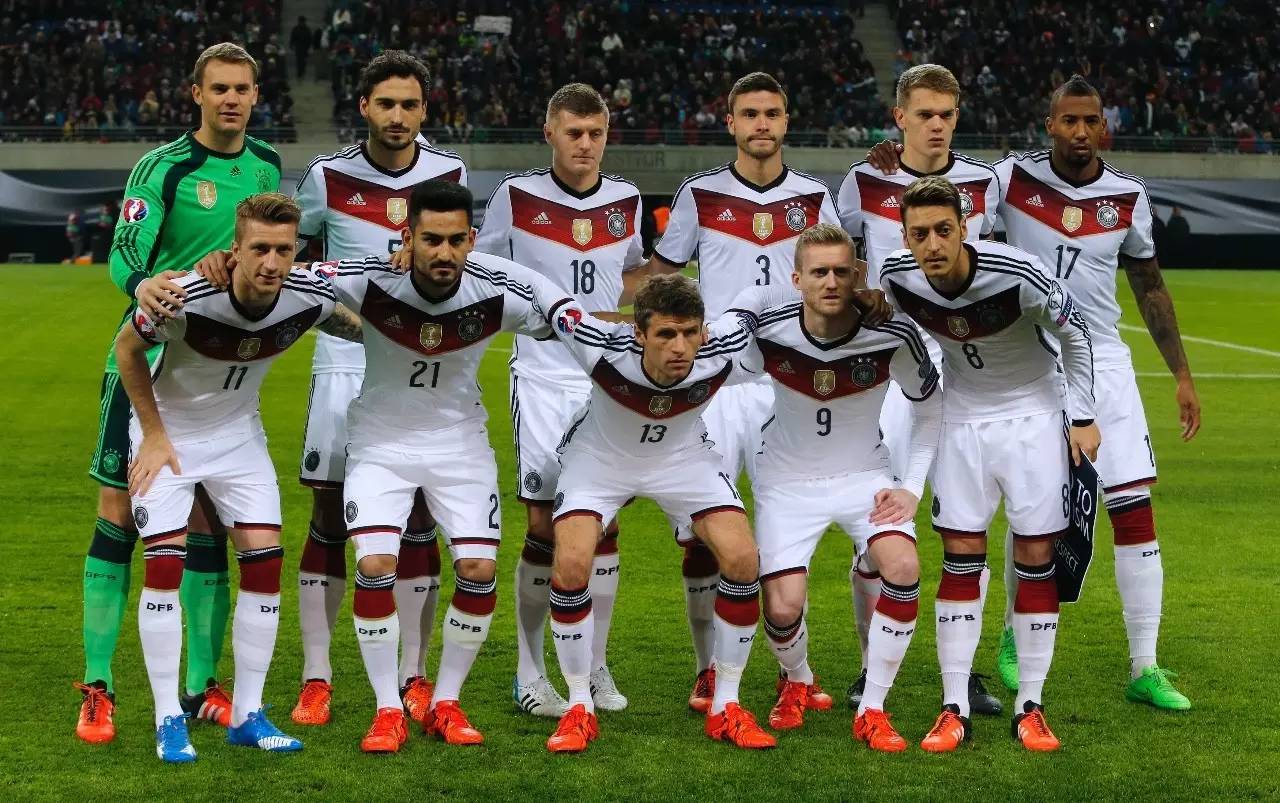 One does not usually relate the Germans with extravagance. While reading into the data, we find more surprises, or maybe it is no surprise at all.

According to Deloitte’s assessment in 2013, Germany’s annual national expense on healthcare was 411.5 billion dollars, taking up 11.2% of the country’s GDP. The impressive statistics indicate Germany’s strong demand for quality healthcare.

This partly explains the extensive and comprehensive healthcare service network of Germany. From prestigious teaching hospitals to community medical service centers, the Germans put quality and reliability as first priority. 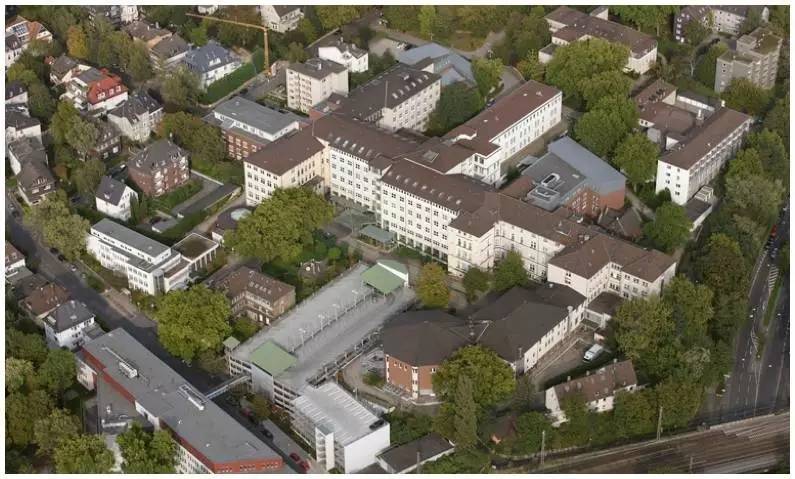 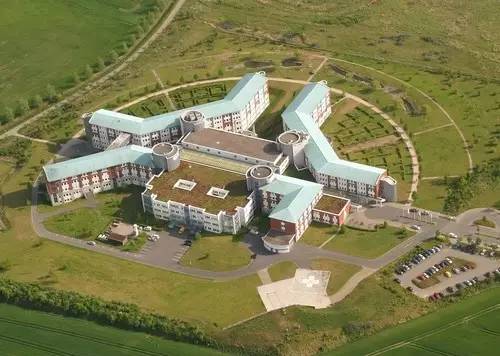 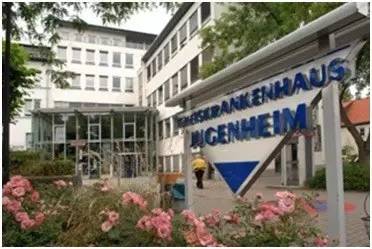 To date, Mindray solutions can be seen in almost 1700 medical institutions in Germany, including the renowned Augusta University Hospital Bochum, KMG Hospital Group in the private sector as well as many community hospitals. As a supplier with comprehensive portfolio addressing various clinical needs in the ER, OR, ICU, Medical Imaging Department and laboratories, Mindray holds a vigorous market stance in Germany’s healthcare landscape. 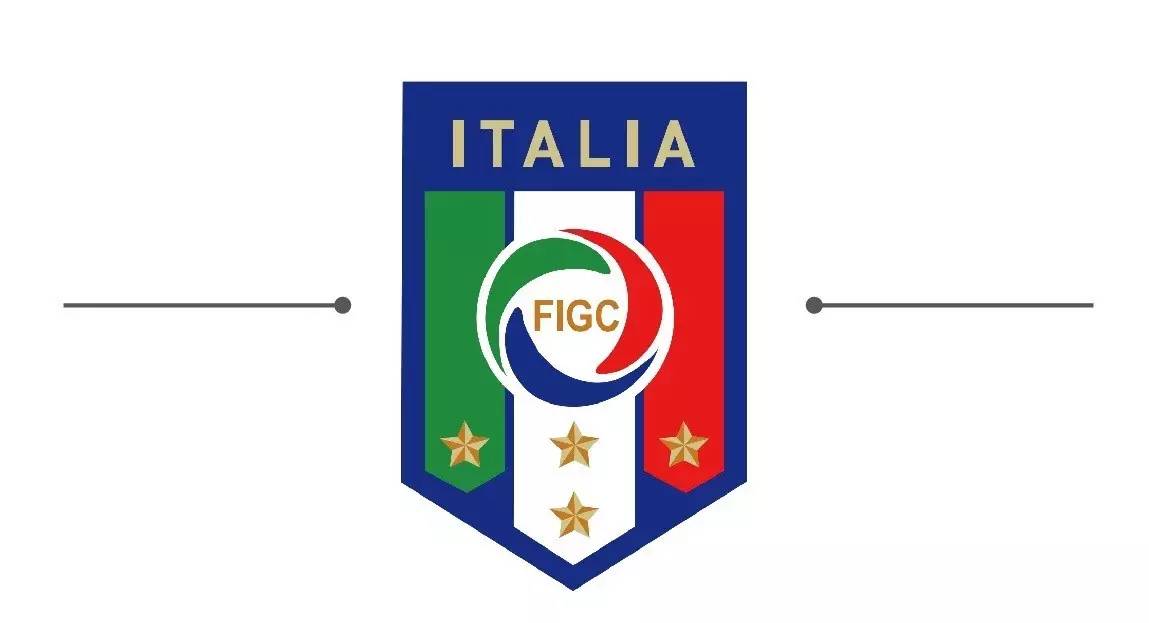 Italy do not have a vintage team, but they do have that rugged defence, and with the intense Antonio Conte driving them, they might cause a surprise as they did four years ago when beating Germany to reach the final. Remember, it is the four-time World Cup Champion. 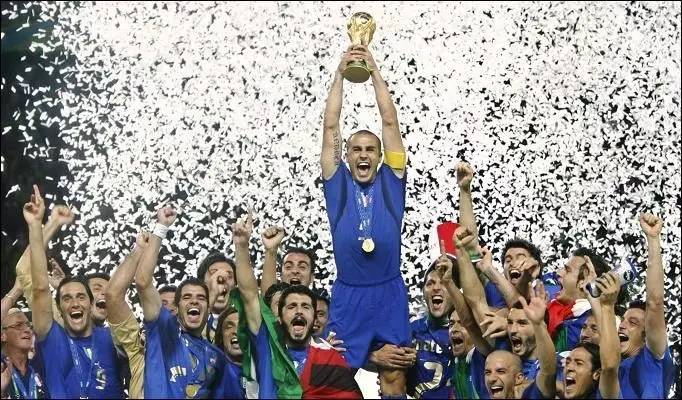 Italy claiming the World Cup in 2006

The tough defence-strike strategy makes Team Italy the nightmare for rivals in the football field. 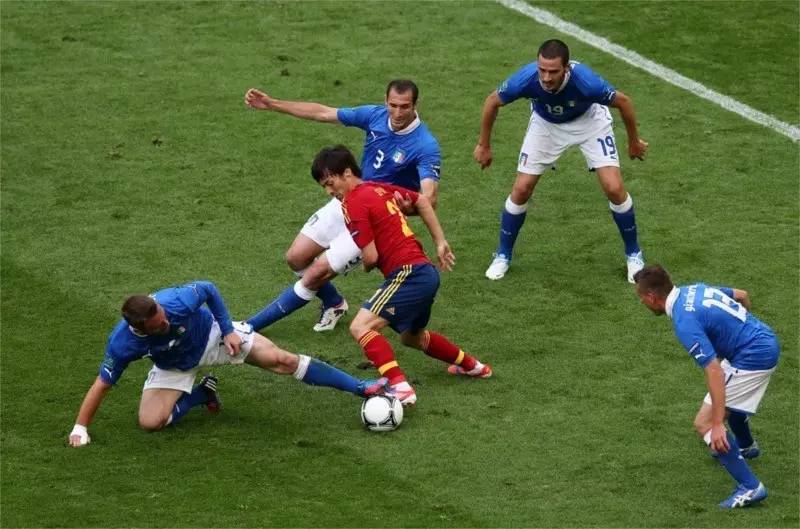 The Italians’ tradition of practicality has long existed before the history of modern football. In science for example, Italy contributed masterminds like Leonardo da Vinci, Galileo Galilei and Giordano Bruno.

Likewise, in modern medicine and medical practices, doctors in Italy hold uncompromising requirements in practicality, accuracy and clinical efficiency. We have the honor to speak with some of Italy’s renowned medical imaging experts at this year's ECR Congress. Let’s hear what they have to say about Mindray's Resona 7 Diagnostic Ultrasound System. "With the V Flow functionality on Resona 7, we are able to visualize and quantitatively evaluate blood flow patterns inside the vessel during the cardiac cycle with up to 10,000 samples per second through plane wave transmission, resulting in 600 images acquired per second. This is completely new." says Dr. Alfredo Goddi, Chief Medical Officer for the SME-Diagnostic Imaging Center in Varese, member of both the European Society of Radiology and the Radiological Society of North America. Dr. Goddi is a leading expert in ultrasound technologies, cited in 142 publications for his findings in innovation applications such as elastography. 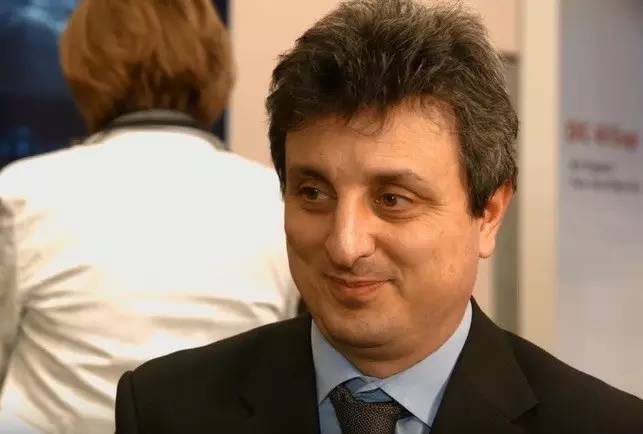 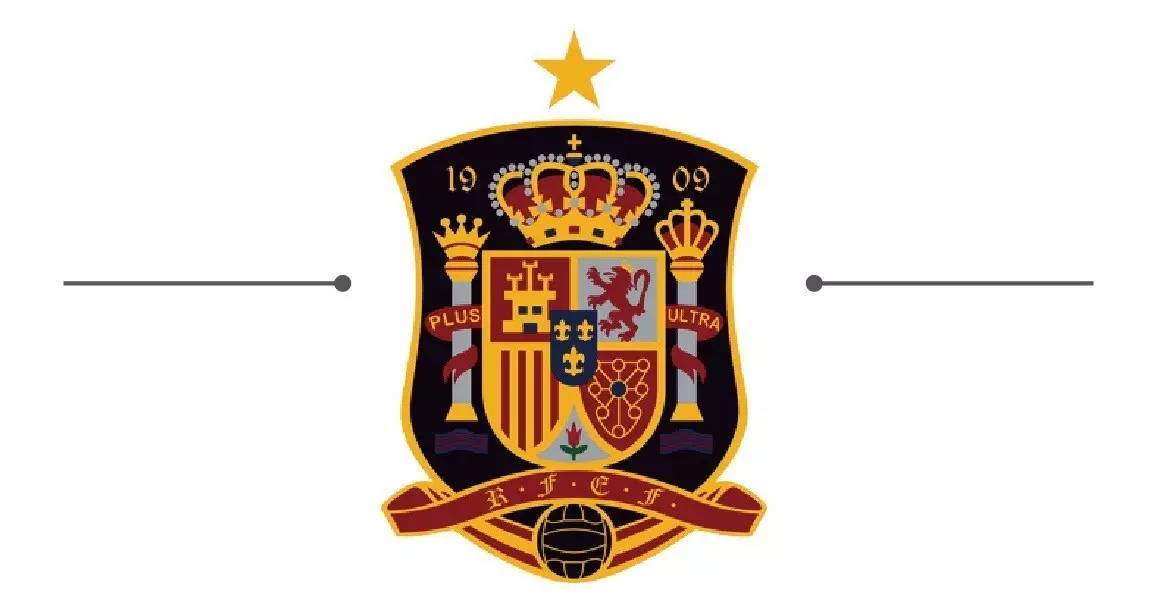 Defending Euro champions Spain have a mighty impressive list of stars, but the most impressive is the team’s seamless passing style that transforms football matches to magnificent shows. Expect another bold show as Spain go for a hat-trick of titles! 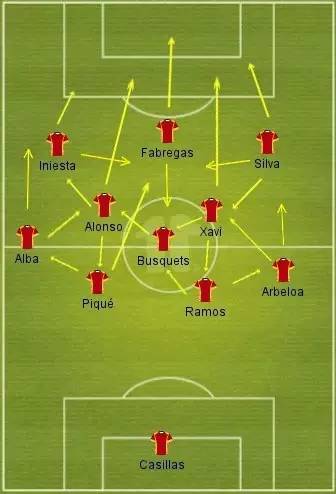 If one has to conclude Team Spain’s mighty power in three words, it would probably be cooperation, cooperation and well, cooperation. With each member taking an active part in both defence and offence, and accurate passes uniting them to be a seamless whole, the team is able to carry out variable strategies with great effectiveness. 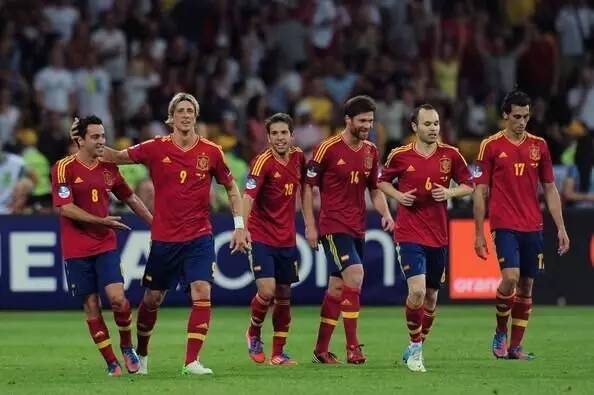 The seamless flow enabled by BC-6800 and SC-120 both in mechanics and analyses brings optimized test quality whilst reducing workload for the users. BC-6800’s advanced SF Cube three-dimensional technology and SC-120’s fully automated staining and slide making workflow are highly acknowledged by Spain’s laboratory clinicians. 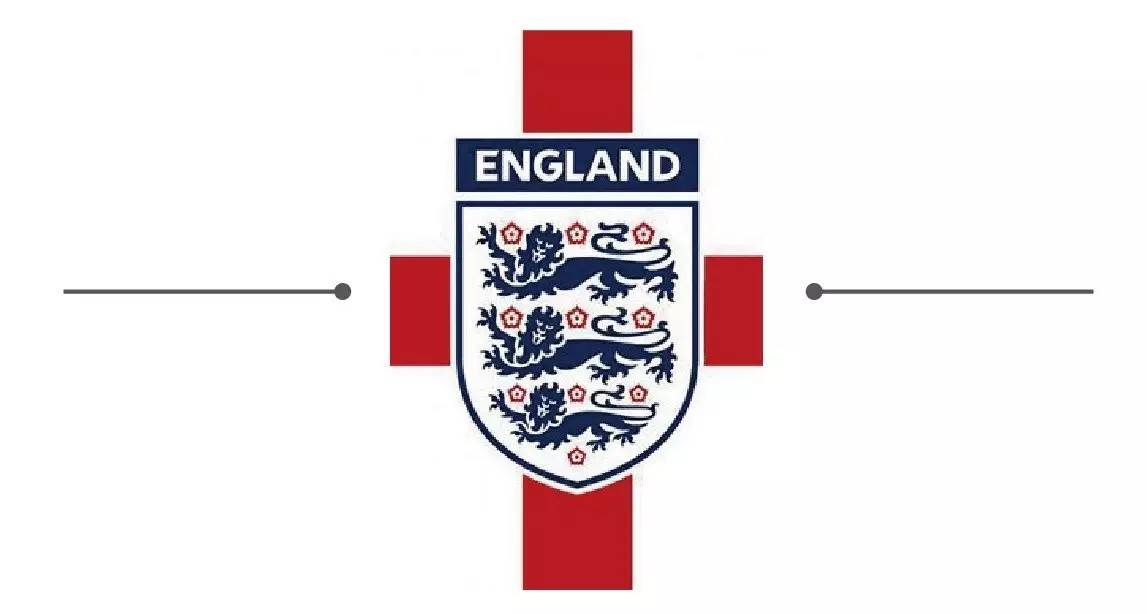 England | for the royal pride!

England's electric attacking display to win in Germany in March shocked even their own supporters. Harry Kane and newly wedded Jamie Vardy look a potent strike force, and manager Roy Hodgson has so many attacking options that everyone is wondering how he will fit in his captain Wayne Rooney.

Team England fights for more than just victory, but more importantly for the Royal Pride. Queen Elizabeth II is a die-hard football fan herself. Rumor has it that she single-handedly led Team England to win the EURO Cup, in the game Soccer Manager. 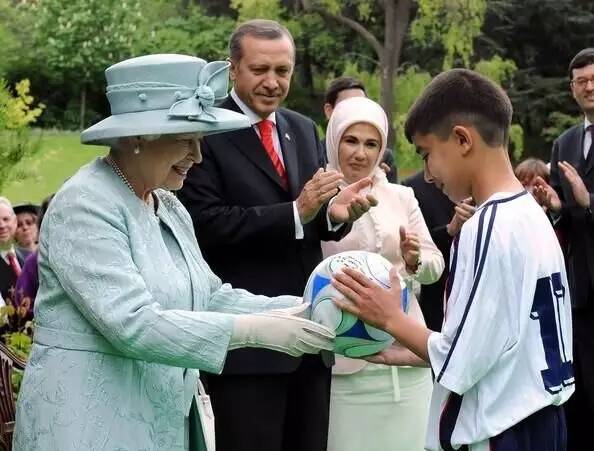 That of course was rumor for gags. But the English do hold special sentiments towards the royal family. In fact, many prestigious universities are honored with the Royal label in England, along with their teaching hospitals that represent the nation’s highest quality of medical excellence. 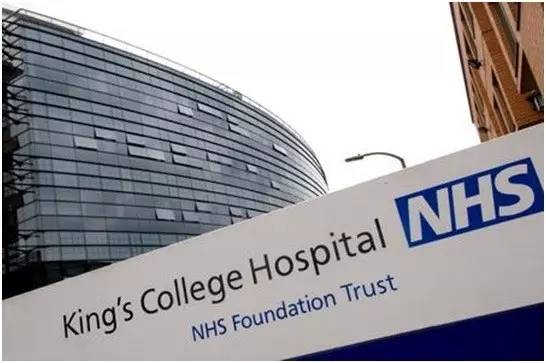 Not only in England, actually across the territories of the UK, Mindray solutions can be seen in many prestigious hospitals. At the Royal Infirmary of Edinburgh, Scotland, Mindray’s BeneView TDS transport solution and advanced patient monitoring solution makes work easier for caregivers while enhancing their diagnostic confidence. The Royal Gwent Hospital in Wales also opts for Mindray’stotal ICU and OR solutions. 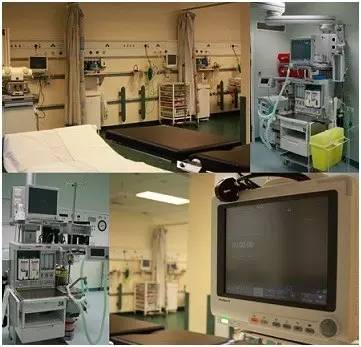 the Royal Infirmary of Edinburgh

Mindray solutions have been fully acknowledged by UK’s market, with its VS patient monitoring solutions taking up 40% market share among competitor models. The company is accredited as a trusted long-term partner by the NHS Foundation.

Talking about Sweden’s football, what is the first name that comes to your mind? For many people, the answer is Zlatan Ibrahimović.

Ibrahimović has been his country's inspiration for more than a decade. His ten (and counting) Swedish player of the year awards speak for themselves. That haul, as well as his 62 international goals, is a national record. The impressive feats don't end on the pitch, though, Ibrahimović having sold 830,000 copies of his autobiography– proof, if it were needed, of his hero status in his homeland. 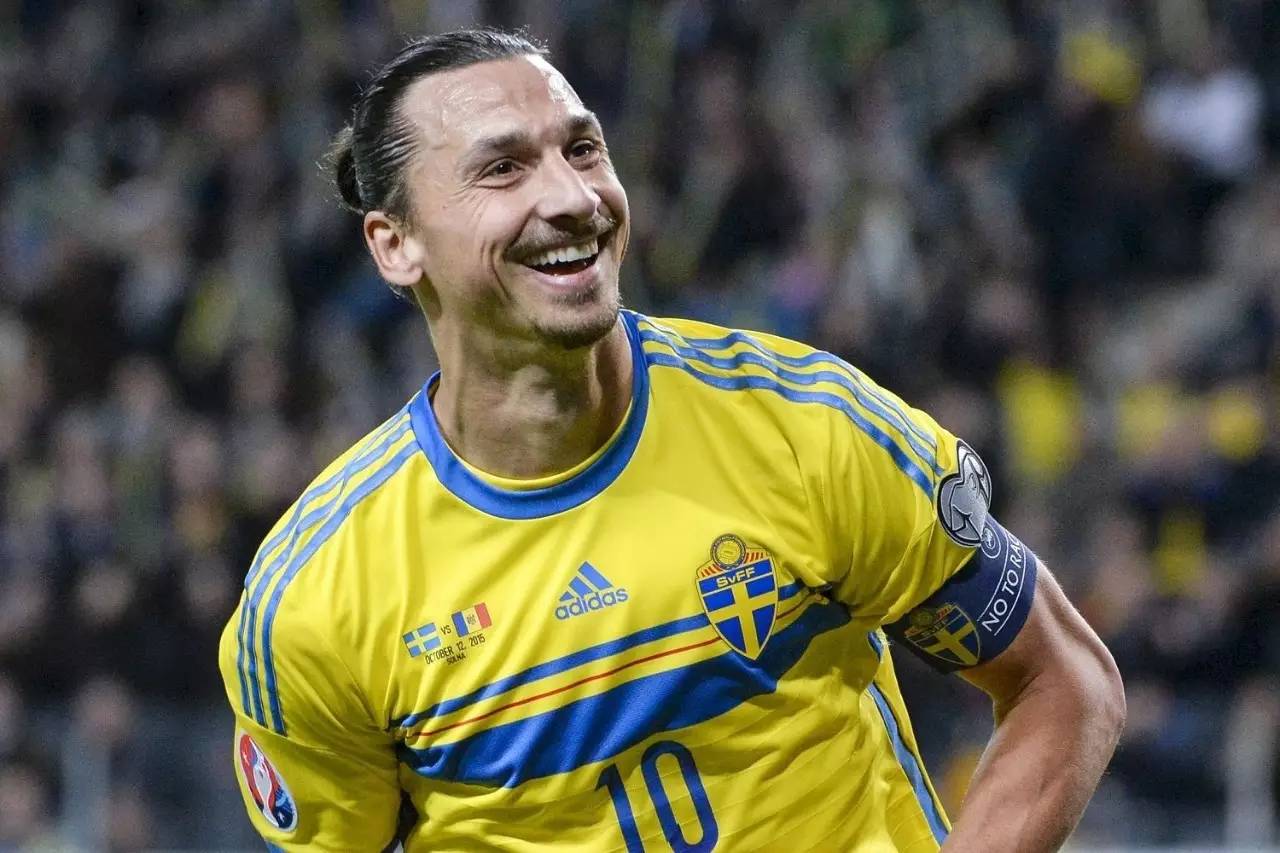 Ibrahimović is definitely the brightest star of Sweden’s football. But more than football itself, the country has many other distinct provenances, the Nobel Prize in Medicine being one of them.

The Nobel Prize in Physiology or Medicine is awarded by the Nobel Assembly at Karolinska Institutet in Stockhom, Sweden. Karolinska Institutet is one of the world’s foremost medical universities. With the vision to make a significant contribution to the improvement of human health, KI is Sweden’s single largest centre of medical academic research and offers the country’s widest range of medical courses and programmes. 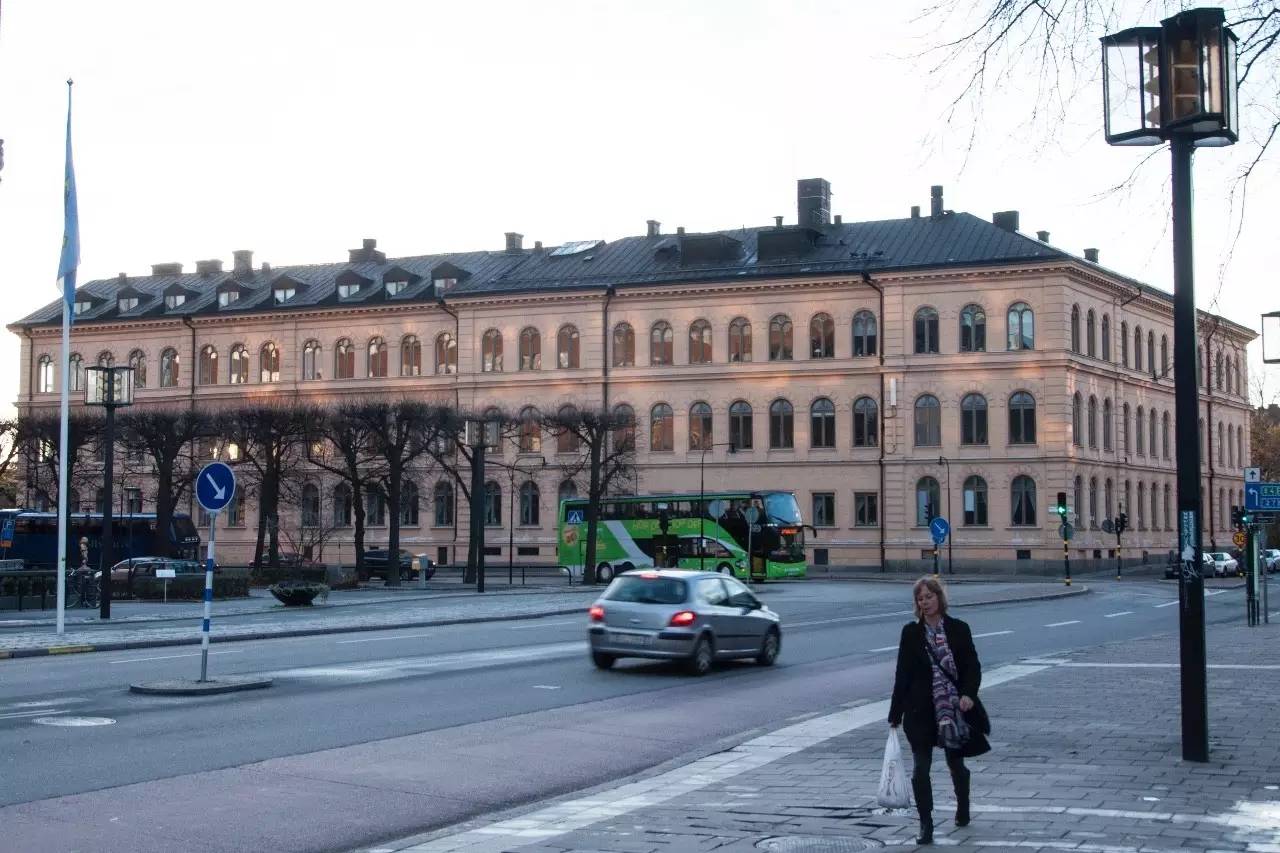 Karolinska Institutet’s breaking-through contributions in medical academics and clinical practices are the result of its dedication in scientific prudence and high quality. The insitutet’s selection for Mindray BeneView Patient Monitoring solutions speaks for its recognition of Mindray’s quality and reliability.

Behind the scene for our Top Contenders in Europe, Mindray has been providing reliable and world-class quality healthcare solutions. Since the company’s entry into the European market in 2000, Mindray has established an extensive network of subsidiaries and branch offices in England, France, Germany, Italy, Spain, the Netherlands, Sweden, Poland, etc, with EU supply and logistics center in the Netherlands. 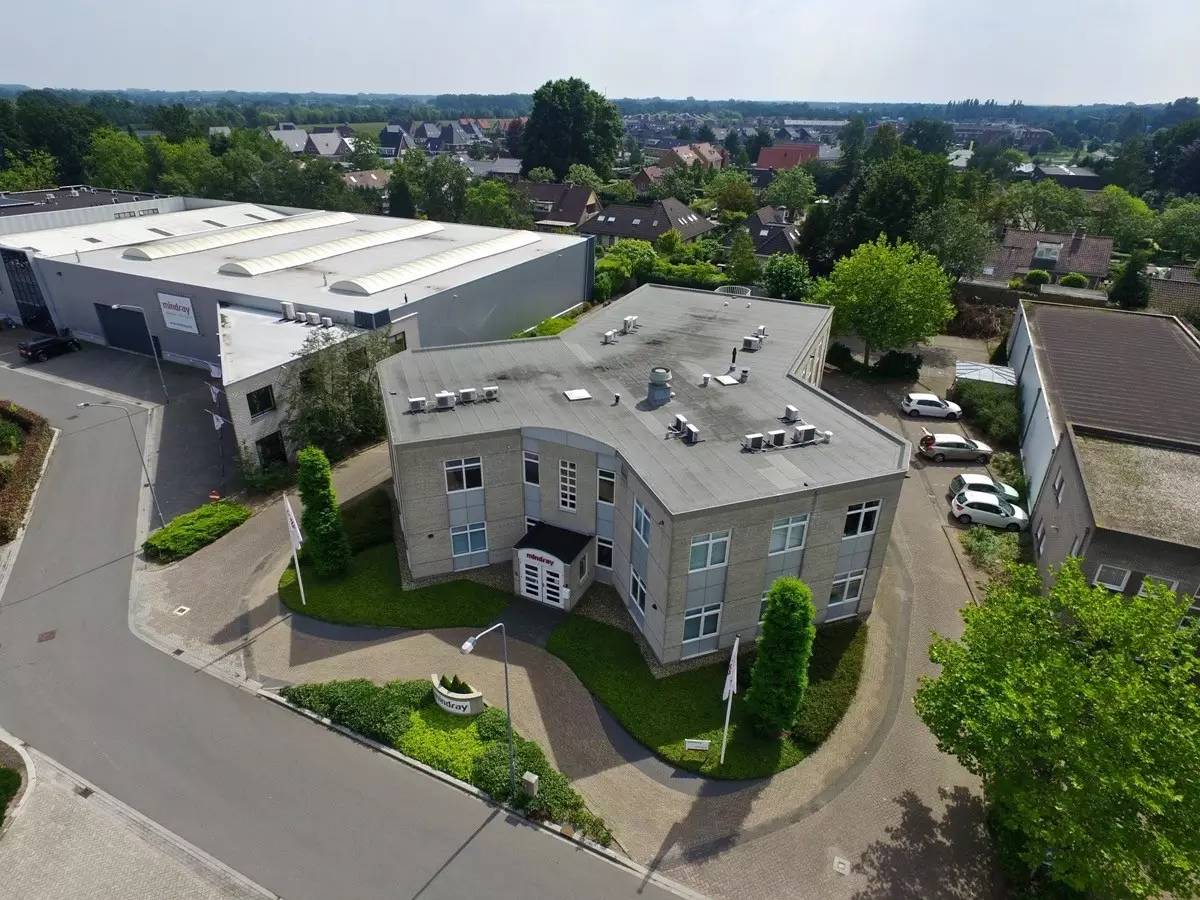 Mindray Logistics Centre in the Netherlands 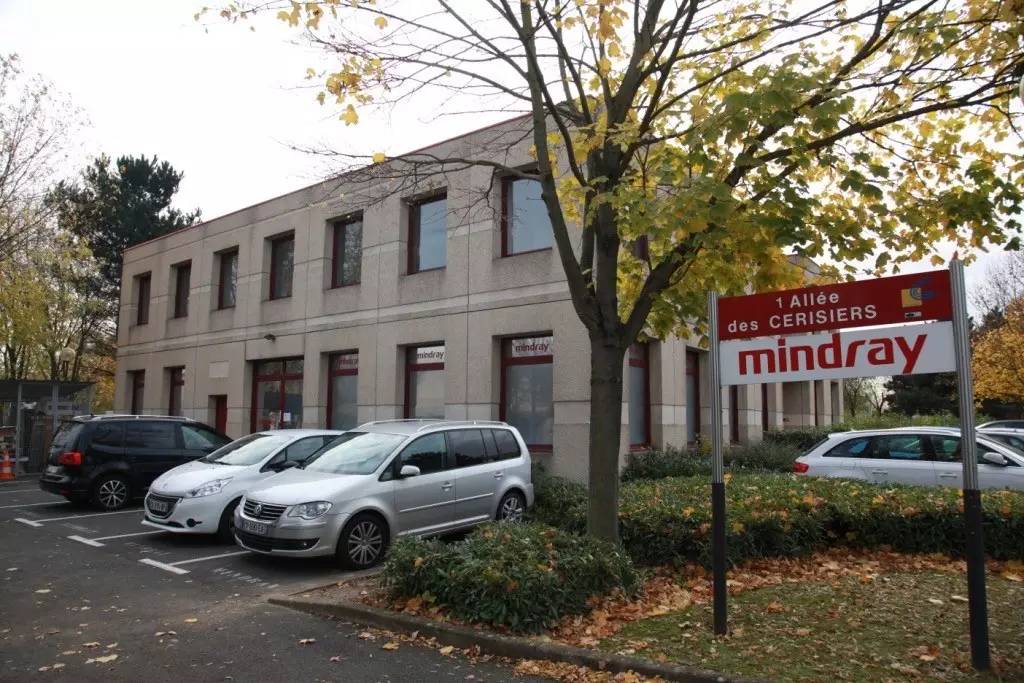 By earnestly responding to clinical needs of end-users, Mindray has gained insightful understanding of the local market. The rich experience and advanced clinical practices of European customers has instilled in the company new ideas for innovative product development. Close synergy with medical experts from various prestigious institutions enables Mindray to better evaluate and improve the solutions. 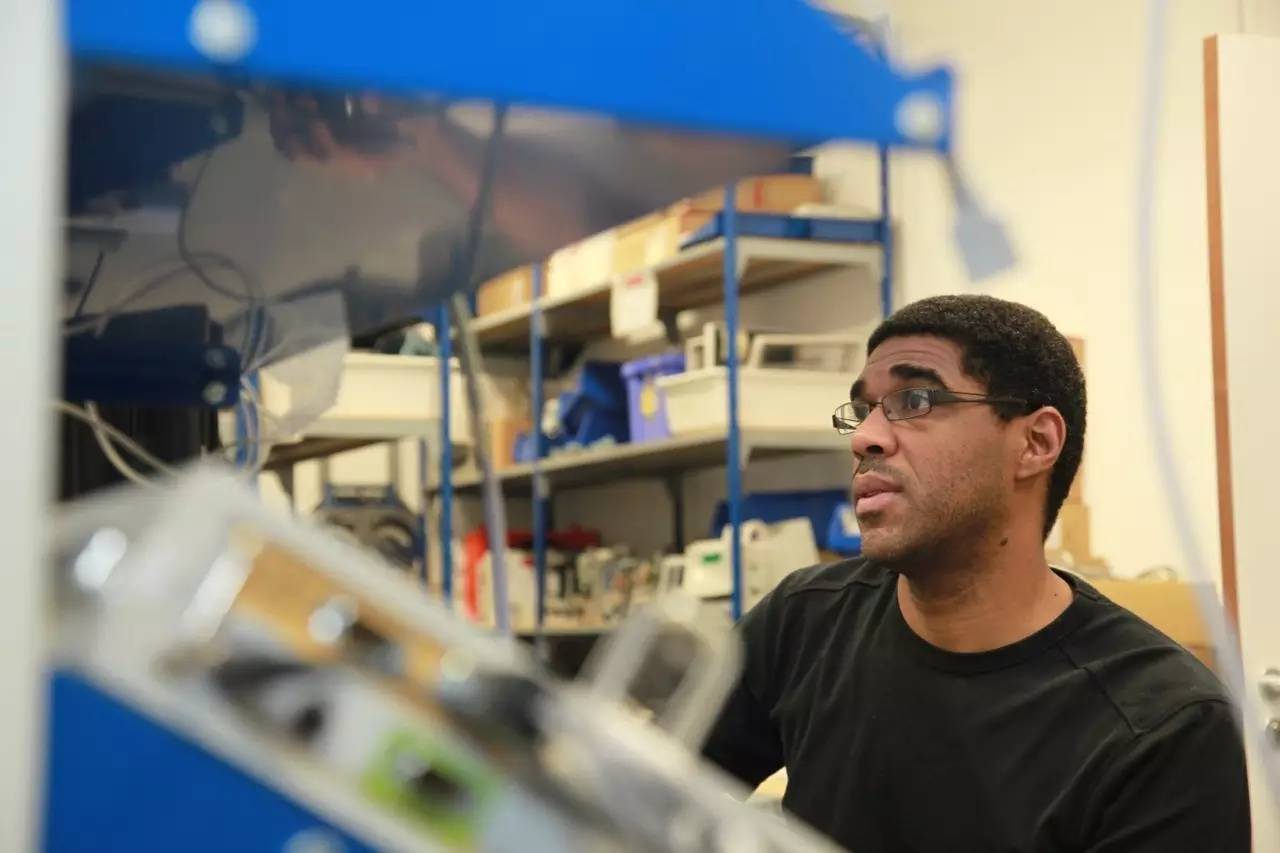 For Europe’s culturally diverse market, Mindray builds a highly localized service team for the satisfaction of customers. 90% of Mindray staff in Europe are recruited locally, from executive positions to senior management. Localization and the customer-centric approach is Mindray’s key to success in market penetration in Europe. 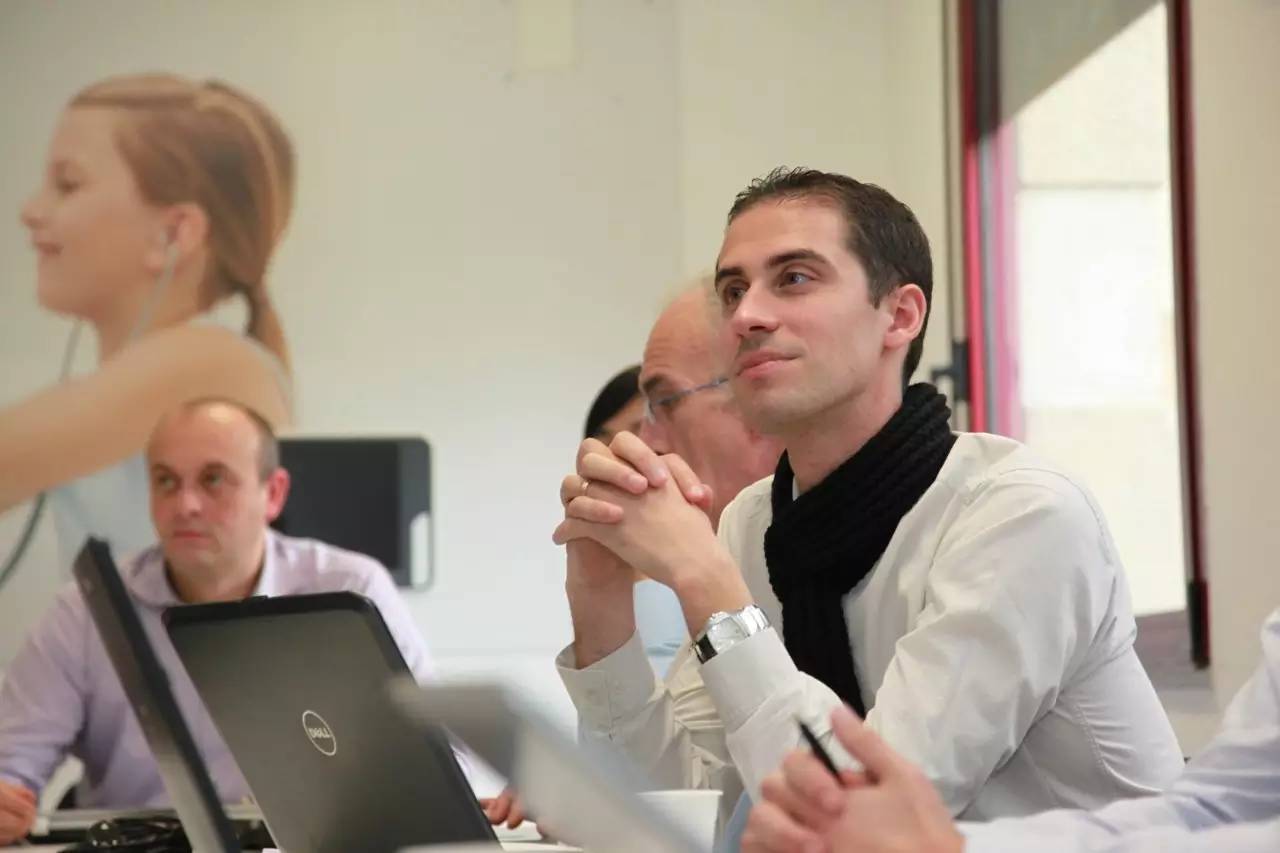 To date, Mindray solutions are installed in half of the medical institutions in Europe. Innovation, Reliability, Quality and Accessibility are what keeps Mindray vigorous in Europe’s healthcare market.